This year’s Sensei Jon Wicks and Sensei Ken Corrigan visit also brought a visit by Sensei Dan Wallis from Campbell River British Columbia and Sensei Rob McCracken along with his student Tom Brent from Belmont (Edmonton) Alberta.  It was good to see representation from the West this year.  Previous years it was just participants on the eastern side of Canada.

Black Belt training was on Tuesday & Thursday evening with an all belt level training on Wednesday evening.  For the Dan grading candidates, there were also a couple of afternoon sessions and the Thursday afternoon grading.

Tuesday afternoon training was all about Kushanku kata for the grading candidates.  Lots of refinement and practice on this difficult kata.  Tuesday night training for the Black Belts included a review of the 3 current standard combinations, Ohyo Kumite #3 & #5, Kihon #4, and Tanto Dori #1.  We also had a impromptu practice session on breakfalls.  Breakfalls are such an essential part of our training as there are quite a few pair work that gets you tossed around a bit.

Wednesday night was the all belt level training.  We had students at the Black Belt level down to White Belt, and from adult to children.  It was quite a varied group for Sensei Wicks to teach.  As a group, we practiced the basics, and various punching & kicking drills, both individually and with a partner.  For the higher belts, we also had some practice drills to unbalance or take down our partner.  After the larger group training was done, the group was split into lower & higher rank belts, with Sensei Corrigan and Sensei Wallis working with the lower ranks, and Sensei Wicks working with the higher ranks.  The lower rank students worked on Pinan Nidan and Sanbon Kumite Chudan Soto Uke.  For the higher rank students it was Pinan Yodan kata & Bunkai as well as Chinto.

Thursday afternoon was the Dan grading in which all the candidates successfully passed.  Congratulations to all.  New ranks are as follows:

The final training session on Thursday evening was focused on refinement of Jitte kata and Wanshu kata.  We ended the evening with the practice of Tachi Dori #5, both refining the sword attacker side and the empty hand defender side.

Thanks all for coming out once again and continuing your training with the WIKF World Chief Instructor. 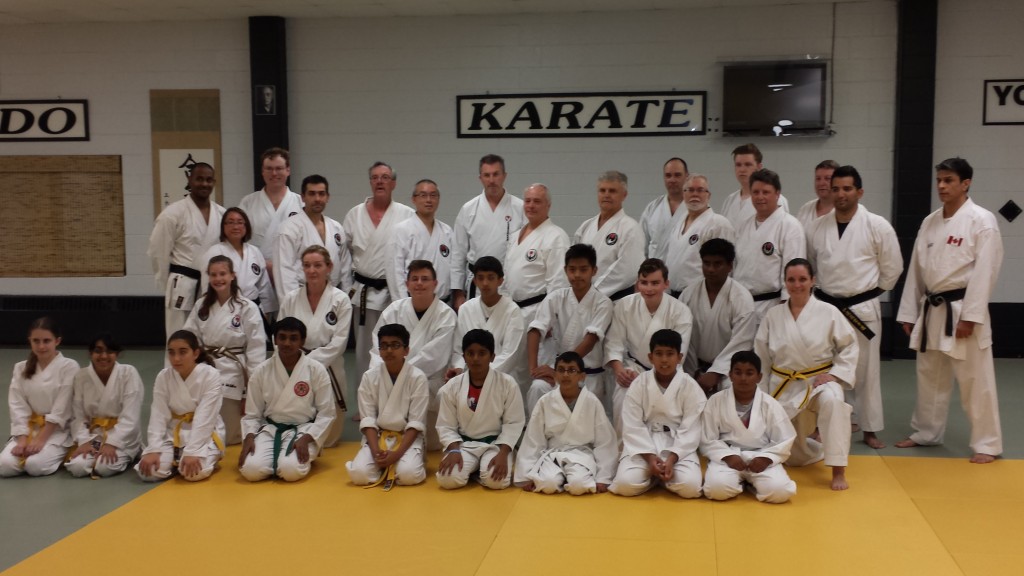 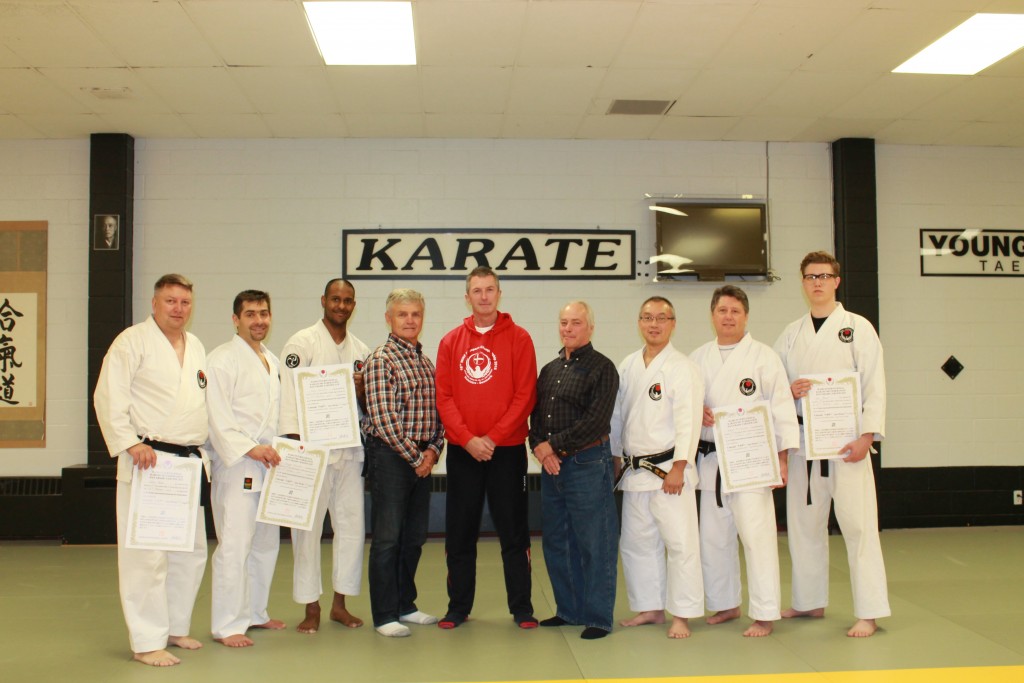